You are here: Home / Buying Real Estate / What I’m Reading:

In the New York Post, a segment stated how 41% of New Yorkers say they can no longer afford to live there. A single room apartment in the city is renting for $3,100 per month.

A Quinnipiac College survey found 61% of those interviewed said they could afford to live in New York, but 35% said they would be forced to move within the next 5 years.

Maria Bartiromo is a global markets editor at Fox Business News and hosts a variety of financial programs stated, “Money goes to where it is treated best.” This was in response to New York’s Governor Cuomo stating, “The state is facing a $2 billion dollar shortfall due to companies leaving the oppressive taxes in New York, and they are not the only major city facing this crises.” He goes on to say “Liberal policies are pushing companies out to states like Florida where there is no income tax.” 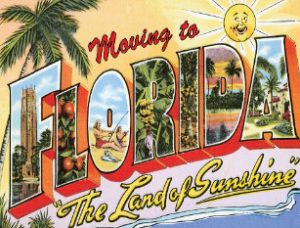 In addition to this article, and comments from the interview with Maria Bartiromo, it was recently reported New York is going to start invasive audits of high income people looking to establish their homestead out of state to recapture tax revenues leaving the state. States like New Jersey have already imposed an “exit tax,” which essentially is a tax you pay when you sell your home to leave the state. While it is essentially a prepayment of taxes on the capital gains, it is just another way states are making sure they can limit the loss of tax revenue leaving the state.

I think this bodes well for states like Florida that offer lower tax rates and a climate that fosters a better quality of life year round.