You are here: Home / Archives for community

As you know, each month we like to highlight the accomplishments of someone who has given much of himself or herself for the betterment of their community. This month we would like to recognize Maewyn Succat. Who’s Maewyn Succat you ask? He isn’t anyone I heard of and most likely isn’t a name you’ve ever heard of either, yet somehow he has impacted our lives in ways you never thought possible. 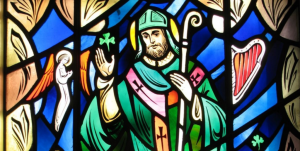 According to The Old Farmer’s Almanac, Maewyn Succat was born in Britain and around age 16 (around 400 A.D.) he was kidnapped and taken to Ireland as a slave where he worked as a shepherd. After six years he escaped and returned home and received “a calling” to preach the gospel and spent the next 15 years in a monastery preparing himself for mission work. Once he became a priest his name was changed to Patricius and eventually to Patrick. St. Patrick, as he is known today, was considered a patron saint and national apostle of Ireland and is credited with bringing Christianity to Ireland. It is said he used the three leaf shamrock to explain the Holy Trinity, however, many years later the fourth leaf was added by the ancient Celts as a charm to ward off evil spirits. 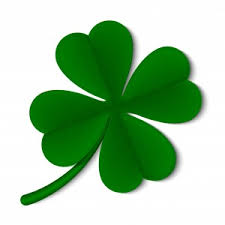 While the Almanac says there is no direct record St. Patrick actually used the shamrock as a “teaching tool,” in the early 1900’s O.H. Benson, who was an Iowa school superintendent, came up with the idea of using the shamrock as an “emblem for the newly founded agricultural club.” In 1911, the “four-leaf clover” was chosen as the emblem for this national club program, later known as 4-H.
Many centuries later, St. Patrick’s Day marks the day of his passing, but it is far from the somber religious holiday you would think. It is perhaps the only day of the year that regardless of one’s religious, political or ethnic background we all become Irish for a day. The saying that sums this up best for me is, “Irish today, Jewish tomorrow.” This is in reference to the year round Jewish deli staple of corned beef becoming part of the traditional St. Patrick’s Day dinner of corned beef and cabbage. And just like New Year’s, there is a camaraderie and revelry on this day second to none. Irish pubs around the world celebrate this day and none do it better than Punta Gorda’s Celtic Ray Public House. 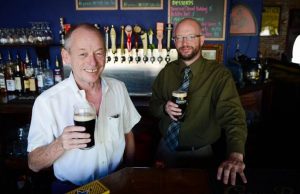 Opened in 1997 by Proprietor Kevin Doyle, “The Celtic Ray,” as it is known by the locals, has continued to evolve and expand from being one of the only places around offering “the quality of imported beers and the atmosphere of a traditional Irish Pub,” to an eating and entertainment destination. As Kevin Doyle, “Publican” so aptly states on his website, “Bars are filled with lonely people. A pub is a very social scene. “You may come alone, but you won’t be for long,” and if you are around this St. Patrick’s Day, you’ll be in good company with hundreds of Irish men and women just like yourself!

Rich in tradition and personality, the bartenders and wait staff at the Celtic Ray take on Kevin’s engaging wit. In fact years ago there used to be a bartender by the name of “Tess.” Tess was a real spitfire. Rail thin, heavy smoker, raspy voice and known for razzing all those who stepped up to the bar.  Years ago, a friend of mine decided to stop for beer. Tess greeted him in her usual manner and in her heavy Irish brogue asked, “What’a ya have luv?” My friend replied, “What kind of beers do you have Tess?,” to which she rattled off several imports. My friend said, “How about a Miller Lite,” to which Tess replied, “What di ya say? ya go on a get the hell outta here.” It was her reply that kept customers entertained and coming back for more. A couple of years ago I went there with our son and saw Kevin and asked if he still kept in touch with Tess, as I heard she returned to her home land. Kevin replied, “She went back to Scotland.” “Scotland?” I questioned, “How’s that working out.” Without missing a beat Kevin replied, “She’s a librarian, and this guy came in one day and asked for a book on suicide. She told him, “Go on and get the hell outta here, you’re not going to return it.” I asked Kevin if he was kidding and he said, “It sounded good didn’t it!” 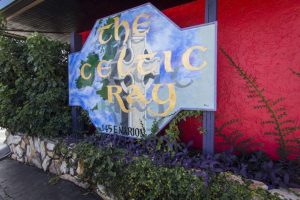 I don’t think you’ll confuse Kevin or his Celtic Ray with St. Patrick and his mission work, but somehow the atmosphere Kevin has created is a place where strangers come from all walks of life leave as friends.
If you are looking to make this St. Patrick’s Day one to remember, or just looking to getting in touch with your “Irish” heritage, even if it is for just a day, be sure you make a visit to the Celtic Ray as part of this special day. “You may come alone, but you won’t be for long.”

While most people would like to talk about themselves, Gary and Gail have always put their clients first, and their diverse backgrounds have provided their clients an unparalleled level of service and knowledge throughout the past years. » More